There is a newfound appreciation for Zinfandel in California, although new plantings in Napa Valley are relatively rare. Buoyed by a steadfast, albeit diminutive pack of enthusiasts, the market has begun to embrace the neo-classicism that Chateau Montelena pioneered over 40 years ago. Economics, more than popular pressure, have eroded the supply of high alcohol, high extract Zinfandel wines with somewhat surprising results. Due to insuperable land values, most sites uniquely suited to ripe Zinfandel have been replanted to produce unexceptional Cabernet but at twice or even three times the bottle price. We choose to take the long view and let the fundamental characteristics of our land determine what and how we grow. When presented with a site that can produce exquisite Zinfandel or middling Cabernet, there is no question for its highest and best use.

A signature is required by an adult 21 years of age or older at the time of delivery. We recommend shipping to a business address to avoid missed deliveries.

Nose Aromas of cinnamon and allspice quickly yield to ripe cherry and a torrent of red fruit along with a characteristic hint of tobacco.

Palate Dark and lush, the initial perception of tart raspberry is overwhlemed by blackberry jam, red licorice, and a supple earthiness that leans toward black pepper and anise.

Finish Intriguing in its contrast to the palate, the finish is driven primarily by the briar and spice character of the old vines: layered and dense, with just enough tannin to balance the mocha and barrel toast character from time in the cellar.

Vintage Weather Early budburst and a relatively mild spring laid the foundation for a successful Zinfandel crop in 2016. Predictable summer heat drove ripening without excessive stress on the old, dry farmed vineyards. The younger Primitivo plantings were harvested early as mild weather settled in during September. The resulting fruit provided a beauitful red berry contrast to the darker, brambly flavors from that of the old vines, which were picked later in the month. 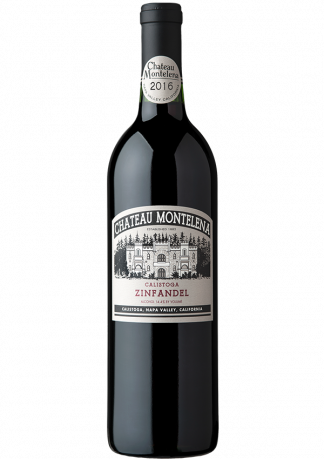